Posted by lasirenanyc at 7:40 PM No comments: 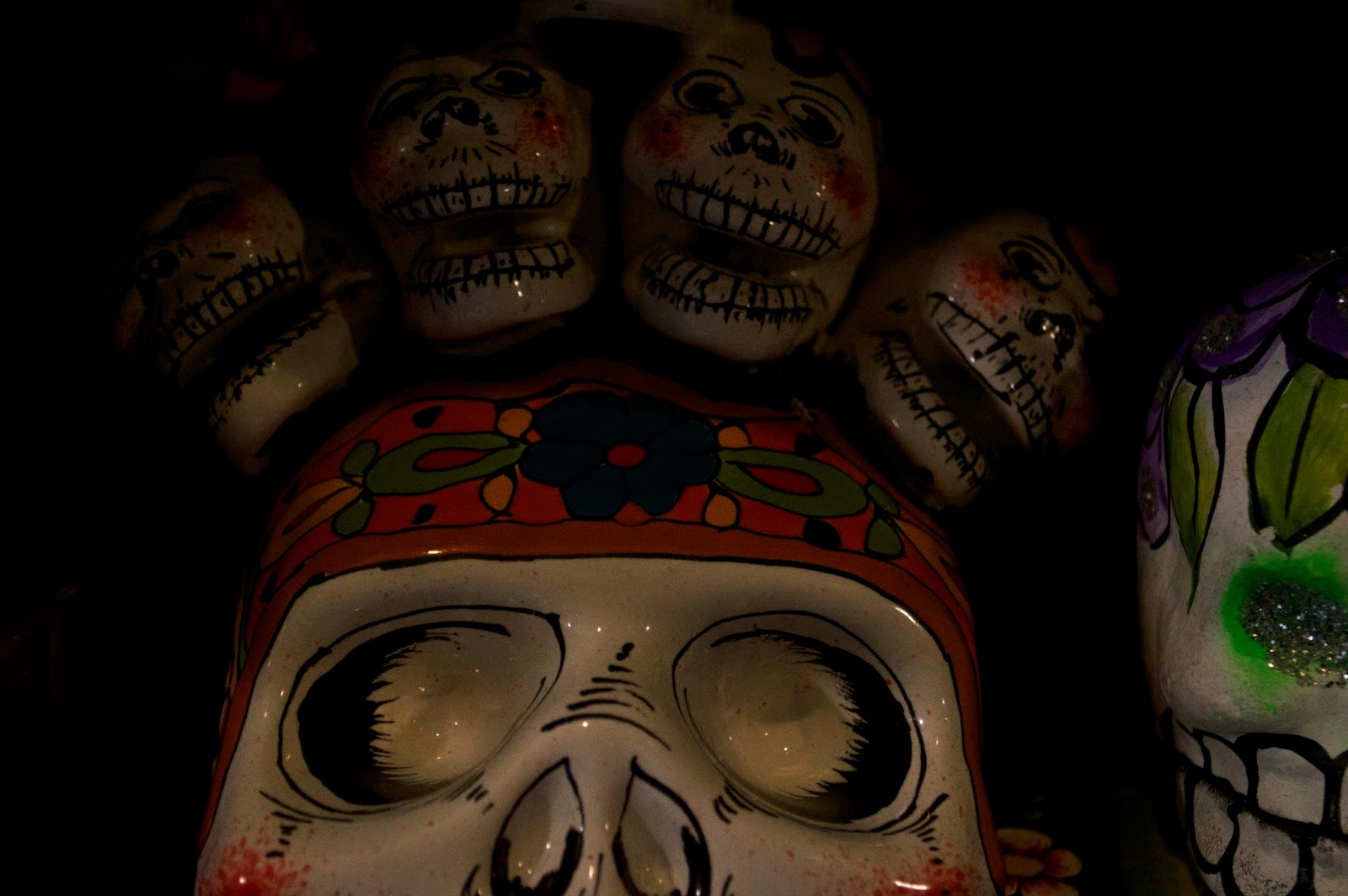 The Day of the Dead should not be confused with Halloween. Arising from a combination of indigenous practices and the Catholic custom of All Saints Day and All Souls Day, it is a celebration infused with festive and merry yet solemn and respectful attitudes towards death as a human experience. It is said to be the two days where the souls of dead relatives return to enjoy the pleasures of the earth. Among its most recognizable characteristics are: el altar de los muertos (the altar for the dead, usually lined with photographs and marigolds), calacas y calaveras (skeletons and skulls, a common image denoting death), and ofrendas (offerings, often times food and drink, to the dead). But to understand and appreciate this celebration, you must look at its origins… 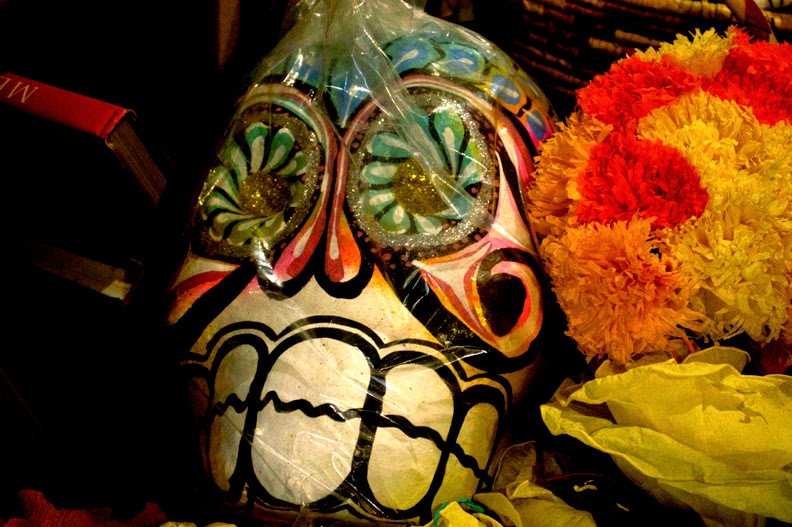 Pre-colonial origins of Dia de Muertos:
The indigenous Mexica (Aztec), Maya, and Nahua, among others, did not attribute a moral connotation to death (as is done in the Catholic tradition), instead, the dead, based on the form of their death and their acts in life, reached different cosmic realms in the after life. For example, infant children would enter a realm, named Chichihuacuauhco (Chi-chi-wa-ku-ah-co) characterized by a “wet-nurse” tree that dripped milk from its branches to nourish the deceased child. The concepts of heaven and hell are later introduced to these societies with the arrival of the Spanish. 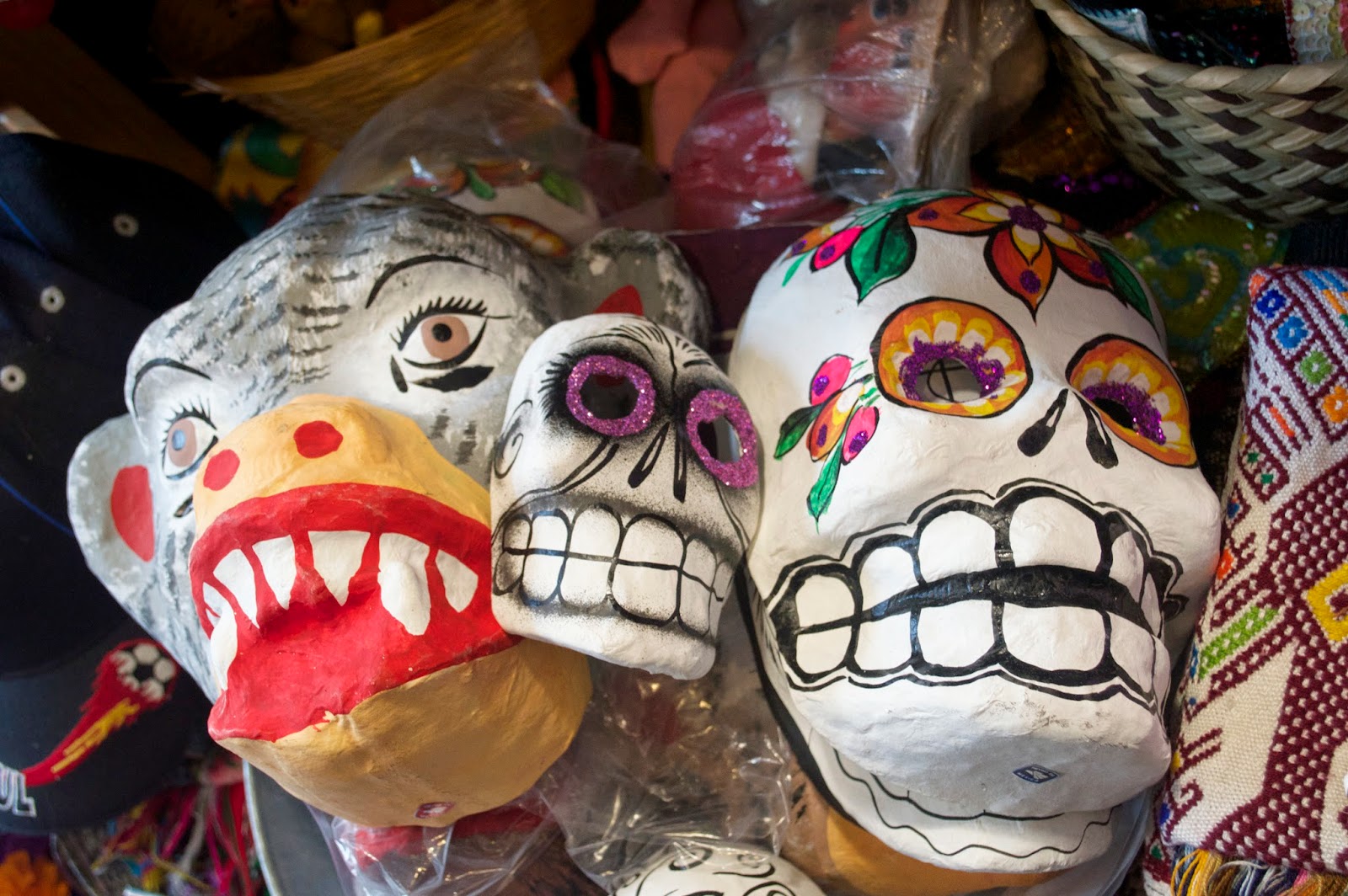 These indigenous beliefs were celebrated in rituals depicting the cycles of death and rebirth. Often times, the rituals included the use the skulls, commemorative trophies, of the deceased. Sculls, or calaveras, remain a common motif in the contemporary celebration of the Day of the Dead. Yet, returning to indigenous practices, their dead were often buried with objects they would need in life as well as those that could be helpful in death (their new life). 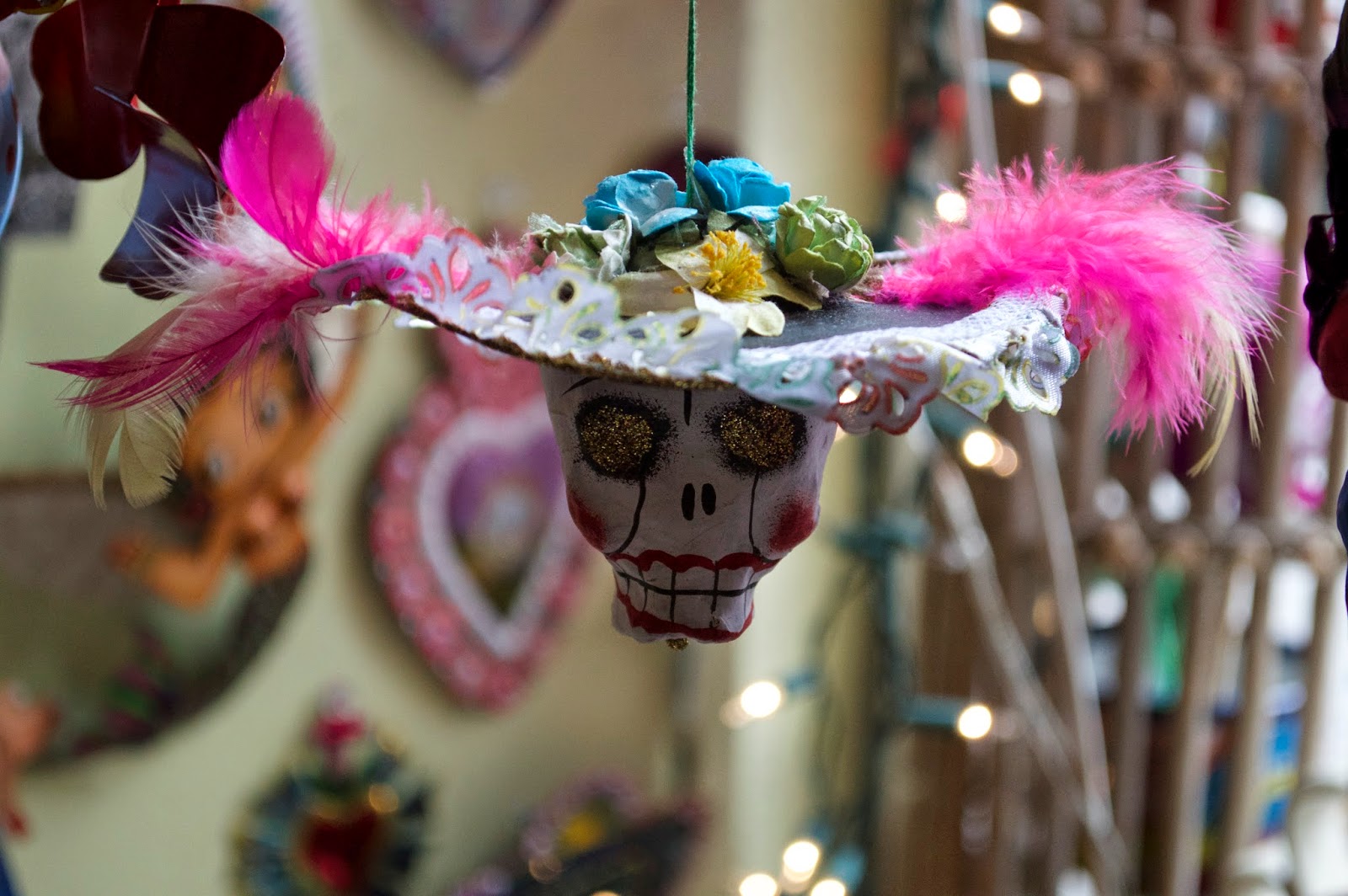 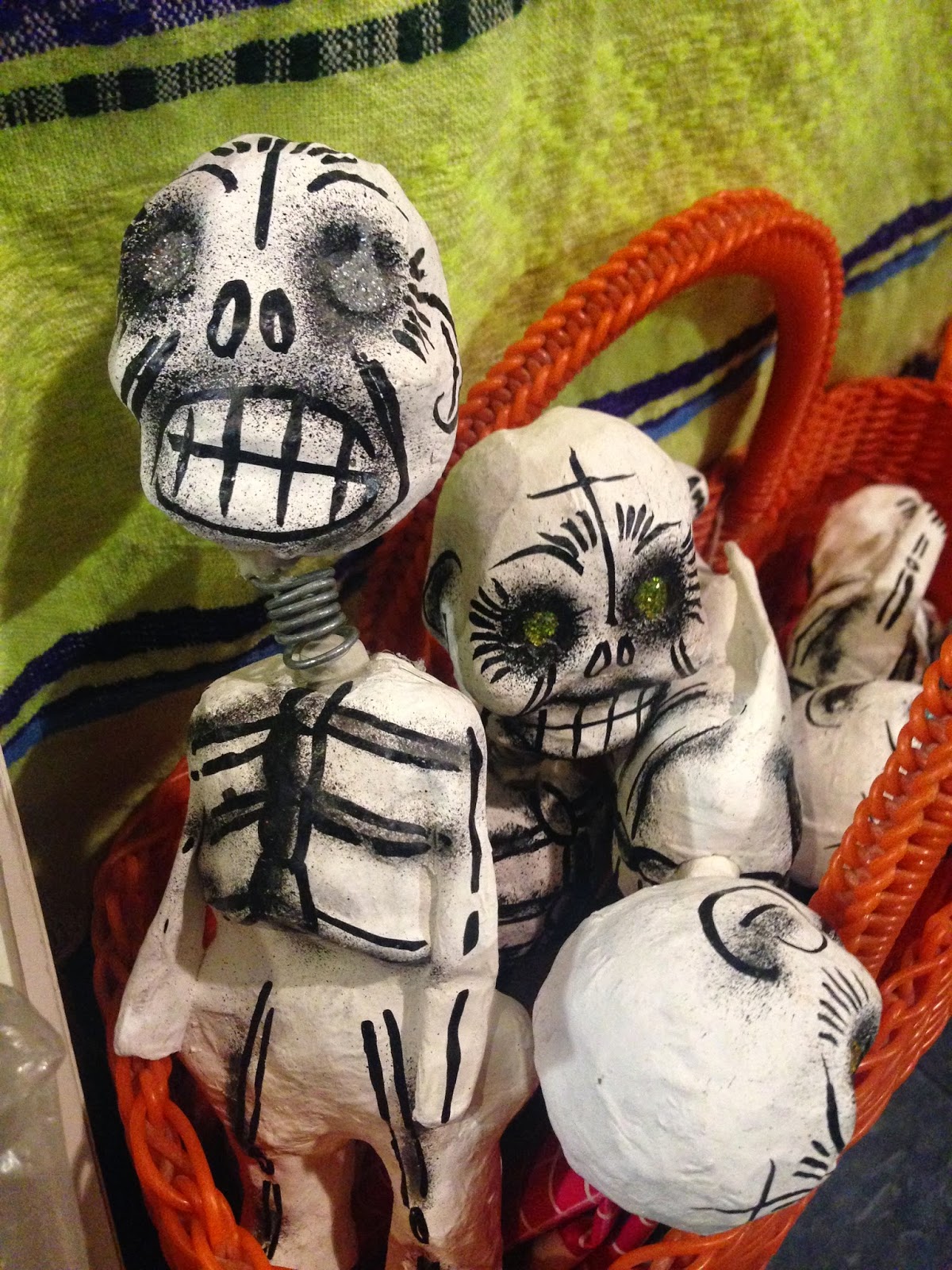 The true foundation of what we, today, recognize as El Dia de Muertos, comes from the syncretism of Spanish and indigenous culture. Each region in Mexico, every indigenous populace, and social group is constantly evolving and adding new characteristics to the celebration, keeping it alive and part of the cultural richness of Mexico. Adopting the Catholic religion, Dia de Muertos is infused with Catholic iconography. Saints adorn altars (a fundamental aspect of the celebration) and bread, water, and crosses are given as ofrendas, offerings, symbolizing the Eucharist and the catechism. This altar is likened to a rebirth. The soul of the deceased is reanimated; it eats, drinks, smells, and hears; it is an enlivened presence sharing and teaching the living about the human experience. Therefore on top of the religious objects place on the altar, food, alcoholic beverages, personal objects, and flowers are placed on the altar to guide the souls to this realm and to celebrate their temporary return. 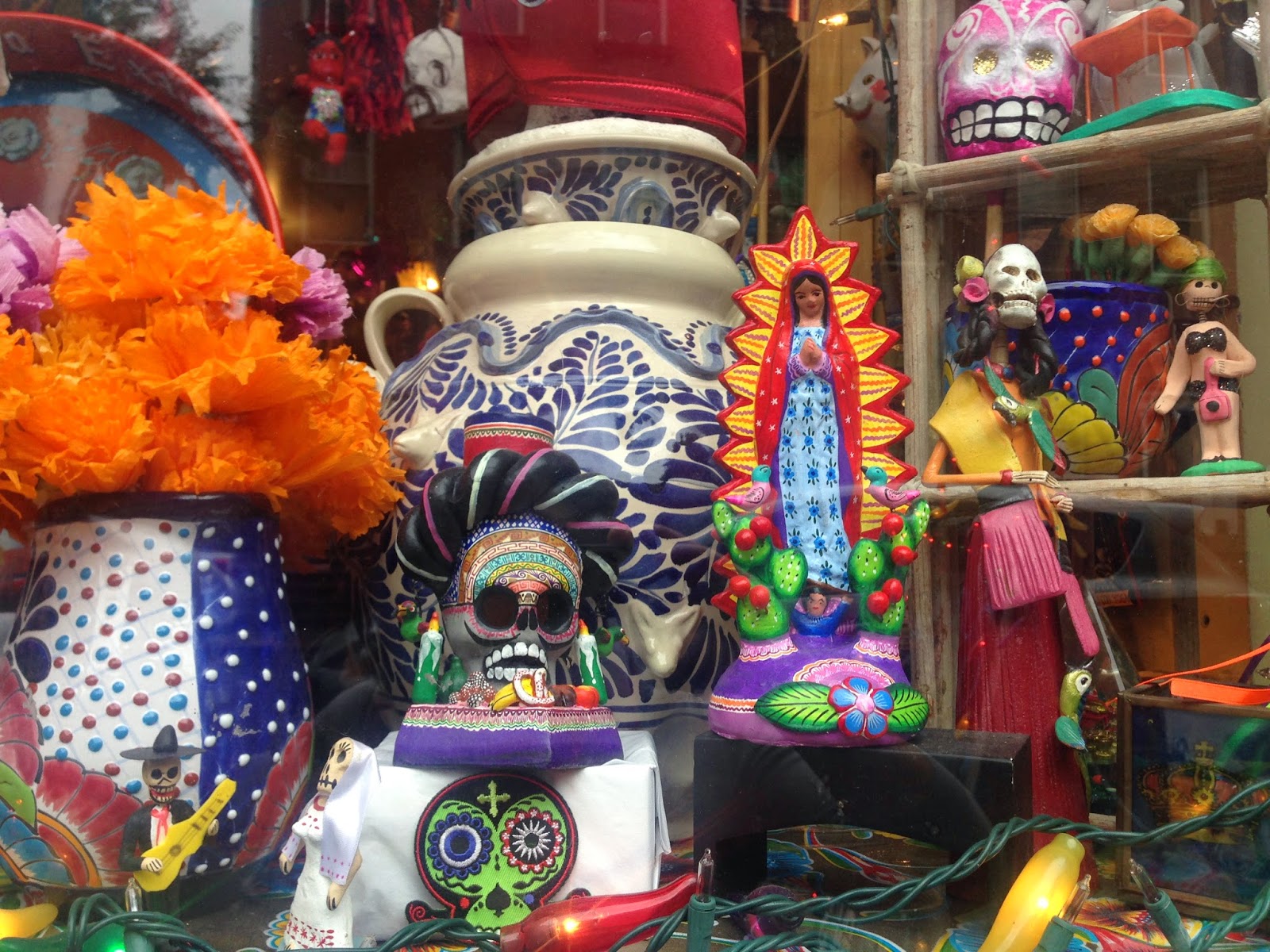 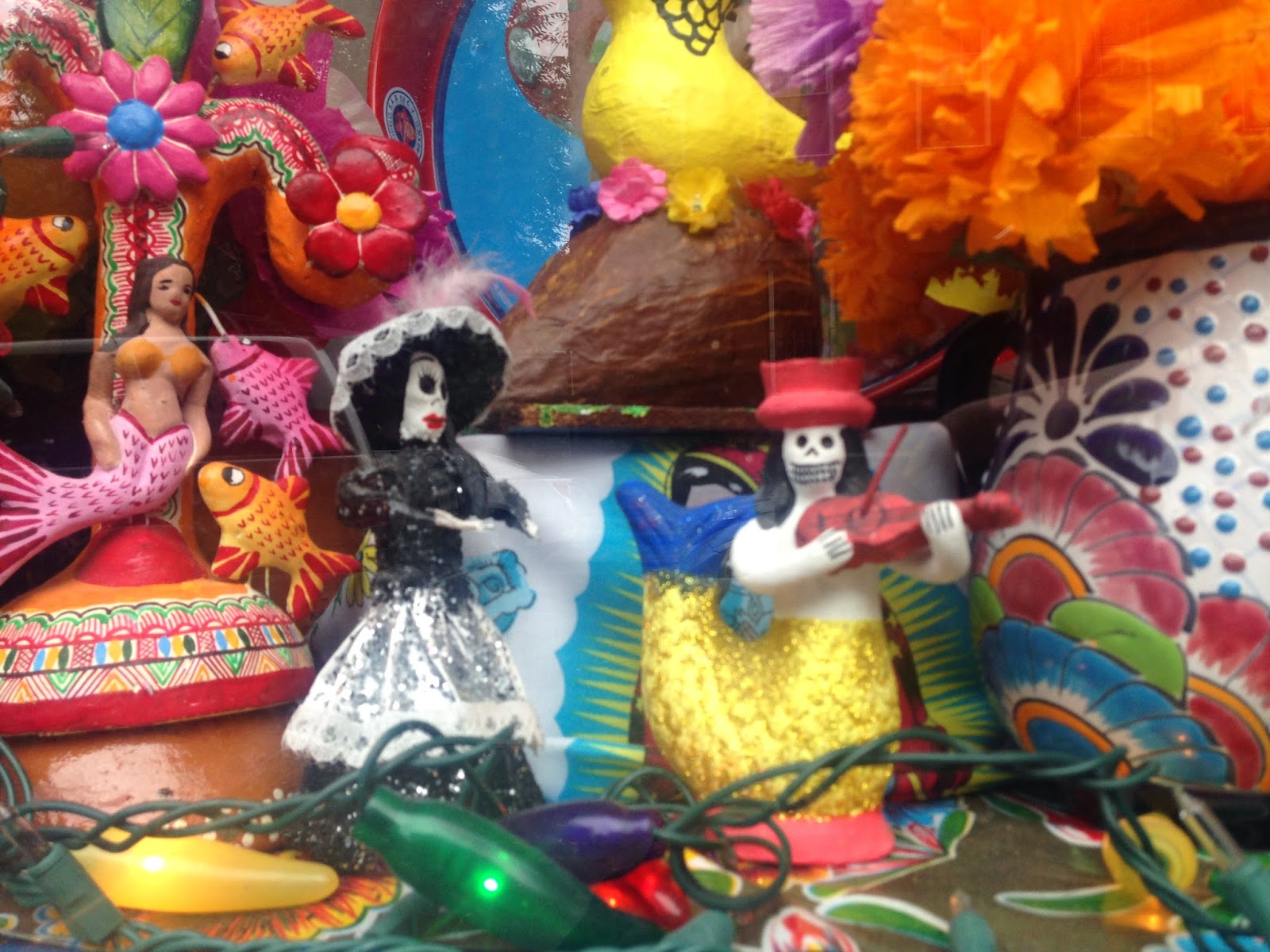 This celebration overall, with its altars and décor, is a way to honor the dead, the spirits of the ancestors.

Stop by our store: open daily from noon-7pm to find papel picado a traditional Day of the Dead décor symbolizing happiness and festivity AND Calaveras skulls alluding to death and its constant presence. 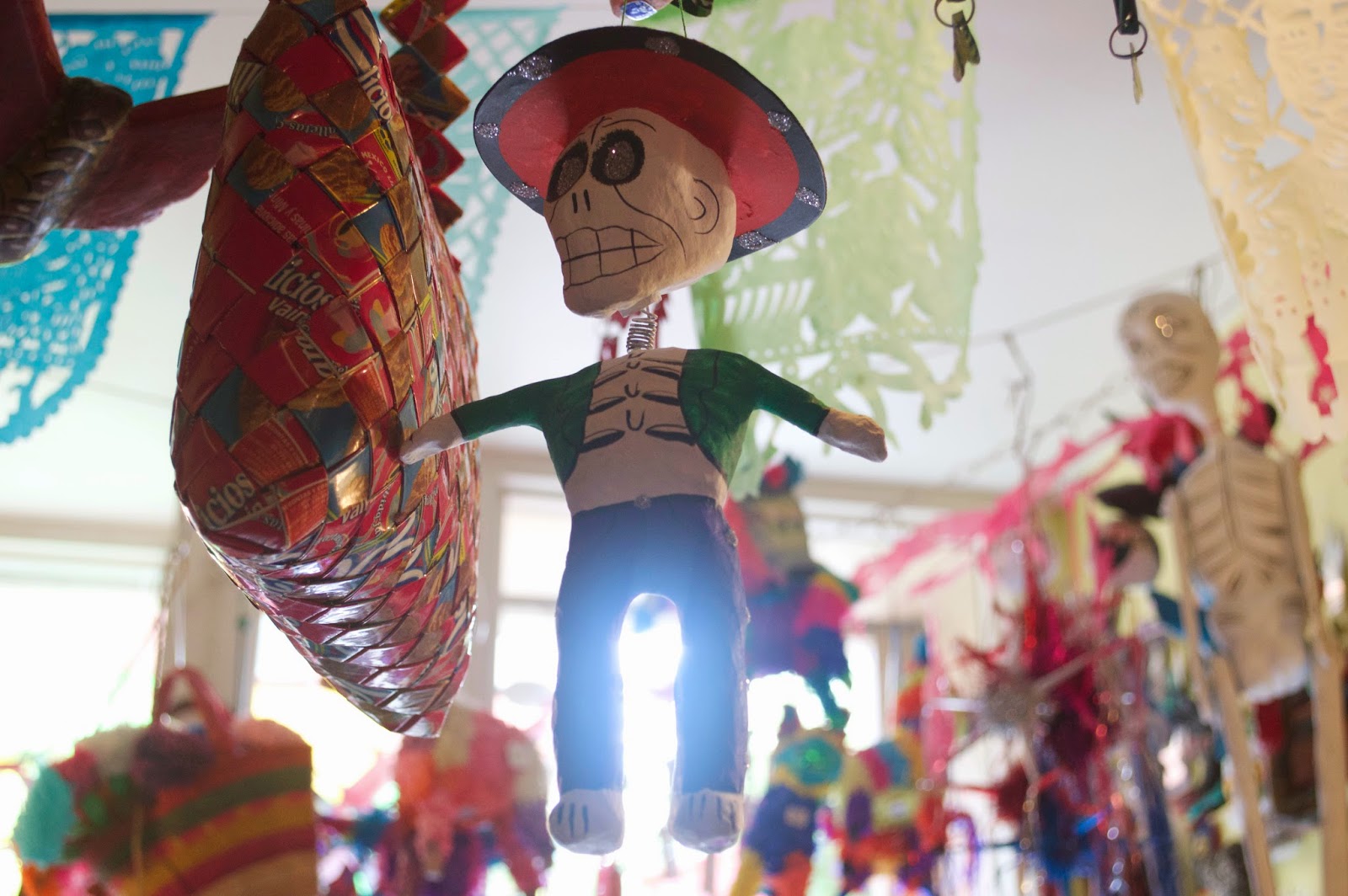 Read more »
Posted by lasirenanyc at 11:14 PM No comments:

Posted by lasirenanyc at 9:44 PM No comments: